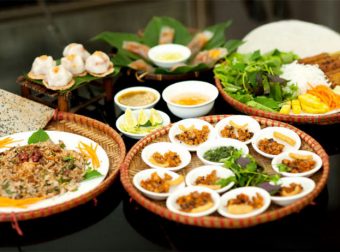 In the previous blog post from the Delicious Bites of Vietnam series we have introduced some of the most exquisite and most popular meals originating from the area of North Vietnam, and as we’ve stated, one of the main characteristics of the food from this part of the country is the lack of spices. Today, we’re talking about the main characteristics of the Central Vietnam cuisine and presenting some of the tastiest dishes from Vietnamese food culture. 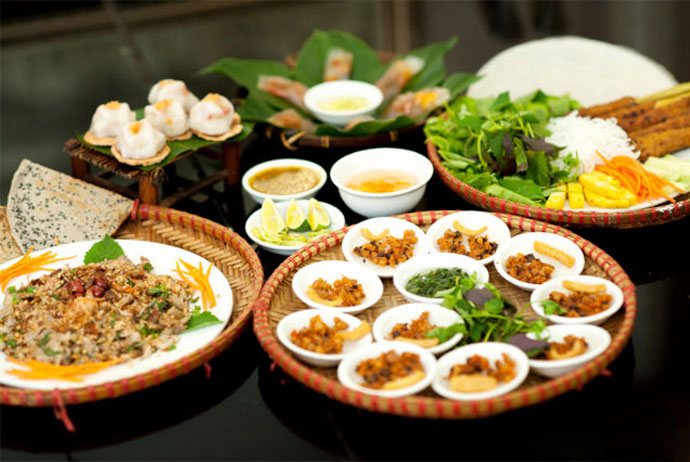 When compared to North Vietnam, the area of Central Vietnam has a more mountainous terrain that allows cultivation of numerous spices that are used for cooking in a pretty large amount. The most popular ingredients of meals are shrimp sauces and chili peppers. The spicy flavor, colorful, decorative, and complex food served in small portions are the first thoughts that should come to your mind when thinking of meals prepared in Central Vietnam. These characteristics represent the influence of the ancient Vietnamese royal cuisine.

The Most Delicious Dishes in Central Vietnam

If you’re visiting Central Vietnam, make sure not to miss tasting Banh, which is a tasty meal originating from the era of Emperor Tu Duc’s reign and it is one of the symbols of the city of Hue. Banh consists of gorgeous steamed rice cakes that usually come with a bit of fish sauce, and they can be filled with dried shrimp, as well.  They also go perfectly with mushrooms, and a bit of chili sauce. 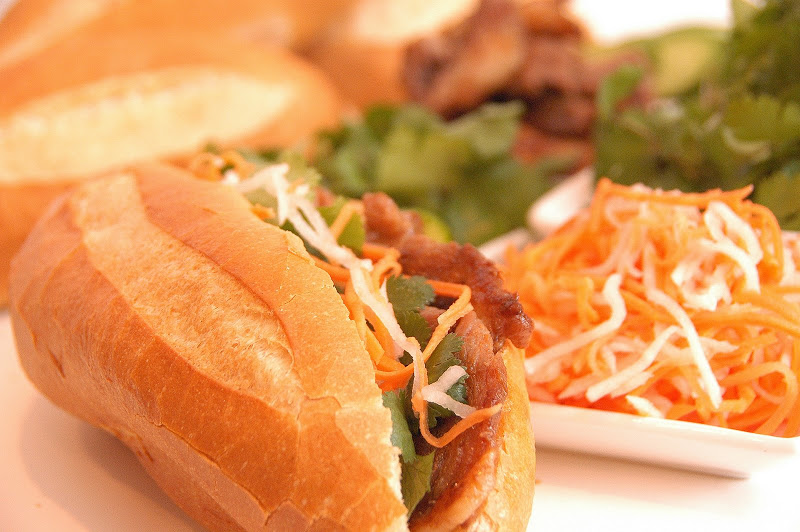 Visiting Vietnam and not tasting noodles is practically impossible. The noodles that are popular in Central Vietnam are enriched with bean sprouts, shrimp, pork, chopped peanuts, and herbs, with a bit of broth. This type of noodles is called Mi quang and as many other meals, it gets the even taste if you add a bit of sweet-hot chili jam. 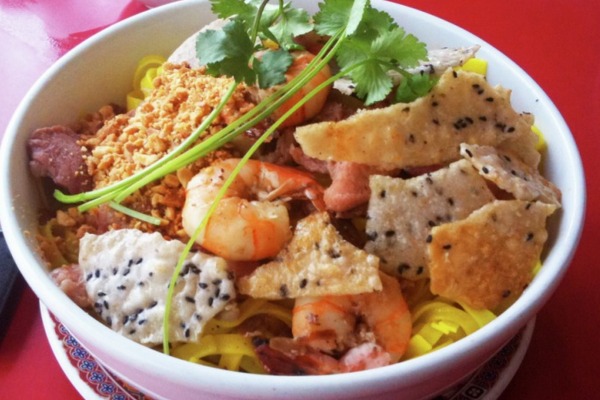 Another meal made of rice that makes the tourists fall in love with Central Vietnam is Com hen – the combination of rice, a rich broth, and small clams from Hue’s Perfume River. It is perfectly combined with peanuts, sesame seeds, rice crackers, as well as with fresh herbs, vegetables, and pork crackling. The delicacy of its taste will enchant even the most demanding gourmands. Com hen has another great variation, made with rice noodles, and it is called Bun hen. 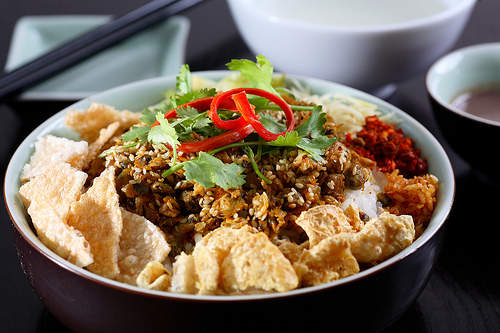 Finally, Cao lau is a meal originating from Central Vietnam and it is probably the most delicious result of the international influences that were pretty strong during the centuries of the international trade. It is the symbol of the Vietnamese town, Hoi An, and it is available in the numerous stalls all around Central Vietnam. It may remind you of the Japanese cuisine since it’s a combination of thick noodles with salad greens, bean sprouts, and herbs combined with roast pork.