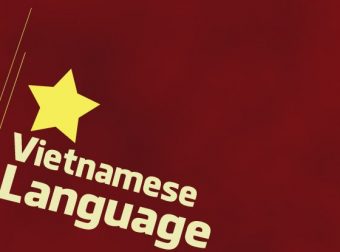 Do you speak Vietnamese?

You may be surprised to find out it doesn’t take too long for tourists to get the basics of Vietnamese, which is the official language in Vietnam. In any case, the knowledge of this language may be a valuable asset once you find yourself in Vietnam.

Maybe we cannot give you language lessons but we’ll gladly share some interesting facts about the Vietnamese language with you. Read on to find out interesting information about this language.

Vietnamese is a tonal language.

This characteristic can be both a good and a bad side. Like in Thai and Mandarin, the way you change pitch while speaking Vietnamese may affect the meaning of the things you say. Just like that. That’s the main reason why tourists, especially those coming from West, find this language difficult to learn. On the other hand, the Vietnamese language is one of those languages that have really simple elementary grammar and are based on orthography closely reflecting pronunciation.

Read Also: Behave in Vietnam – Things You Should Know About Local Etiquette

Thanks to verbs that don’t change no matter whether you talk about the past or future, you can easily master some of the basic things required for polite communication. Therefore, the only things that may give you a headache while learning Vietnam are some sounds and tones.

The Chinese languages have shaped the Vietnamese language that we know today.

The Chinese influence on the Vietnamese language is mostly seen in the vocabulary of Vietnamese. There is a significant number of words coming from Chinese. Some of them were adopted in their original form, some of them have their roots in Chinese characters. This means that you can learn the basics of the language easier if you already have some knowledge of the Chinese language. Beside the Chinese, recently, French and English have been spreading their influence on Vietnamese, as well.

Different versions of the language are spoken in different regions of the country.

There are four main varieties of Vietnamese. In Hanoi, you’ll hear people speaking the northern version and it’s the variety which is considered s the ‘default’ one – you’ll normally hear TV and radio presenters speaking northern Vietnamese. In the area of Vinh, people predominately speak the north-central variety. Ho Chi Minh City is the area where people mostly use the southern version and Hue is where the central variety rules.

The Vienglish: English spoken in Vietnam.

For a majority of youth, English is an obligatory part of education. They study English in schools, however, usually, they’re only able to understand the basics. English proficiency, in general is at a pretty poor level, except when it comes to people working in tourism. They are expected to have a bit better skills than the rest of the local people working in other spheres.