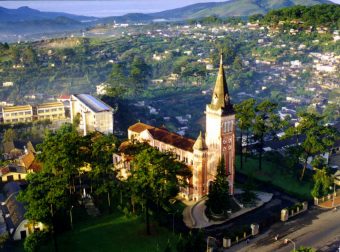 Get to Know The Regions of Vietnam

Consisting of four large regions with diverse natural and economic characteristic, Vietnam is a country of varieties. It’s a mixture of urban cities and lush villages, modern buildings, colonial monuments,beautiful beaches. Therefore, every of its regions has numerous stories to tell, numerous areas to admire. Let’s find out more about the regions of vietnam.

Northern Vietnam is the region where Hanoi, the capital of the country and its second largest city, lies. The region is abundant with incredible natural beauties, some of which are two breathtaking national parks, Ba Be and Cuc Phuong, and the picturesque Halong Bay. Ba Be National Park is known for its vivid waterfalls, lakes, and caves. On the other hand, Cuc Phuong National Park brags with its admirable biodiversity. Finally, Halong Bay is the area where you’ll be able to get in touch with the indigenous tribes of Vietnam.

Central Coast is the region where the Vietnamese kingdoms had their strongholds. Two of the most important places in the area are Hue, the ancient city with great historical importance, known as the home of numerous Vietnamese kings, as well as Hoi An, which is probably one of the loveliest coastal towns in the entire country. Cham Islands, Da Nang, Dong Ha, and Nha Trang are also some of the places in this region that are worth seeing.

The area of Central Highlands is especially well-known for its exotic nature, including hills and valleys covered with lush forests. In this natural ambiance, numerous indigenous tribes have found their homes. Additionally, the region of Central Highlands is the home of elephants, which can be seen in numerous parts of the region. Some of the most impressive places in this part of the country are definitely the charming city of Dalat, as well as Buon Ma Thuot, Pleiku, and Kontum.

Even though it is considered the core of the country’s economy, Southern Vietnam is also an impressive region when it comes to its nature. The lush, vivid Mekong Delta, with the incredible river markets and the richest rice paddies in the entire country, represents a perfect contrast to the busy, urban, industrial Ho Chi Minh City, formerly known as Saigon. Some other great places in this area that tourists usually don’t miss when visiting Vietnam are the charming coastal areas of Phan Thiet, including the gorgeous fishing town of Mui Ne, as well as Phu Quoc Island, the largest island in Vietnam, and the exquisite national park named Cat Tien.This place is also popular for the beautiful beach resorts and one such resort is bamboo village beach resort & spa which is also referred as the best luxury resort in vietnam by the tourists.