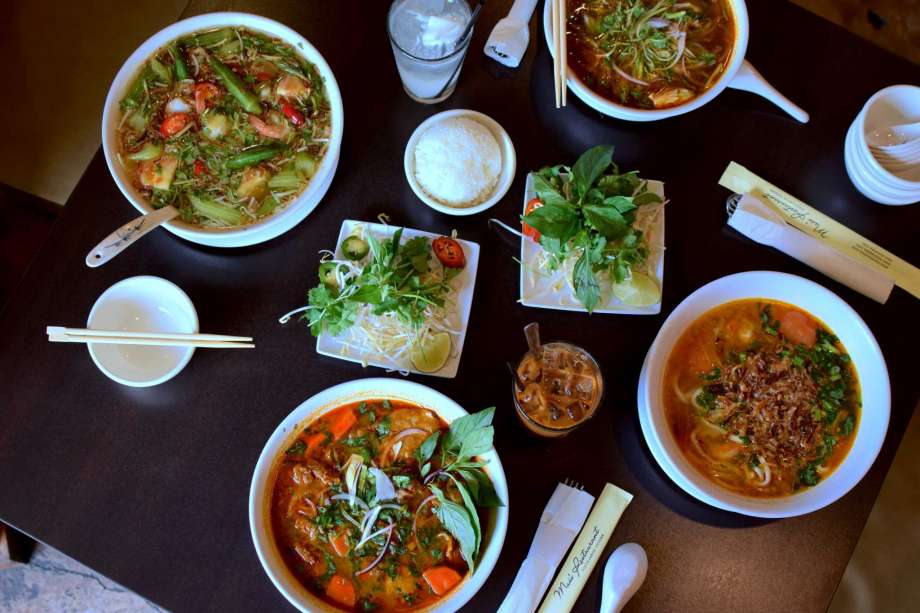 Soups not to Miss in Vietnam

If you’re a foodie who had the opportunity of visiting Vietnam, you surely realized that this country is the home of incredibly tasty soups. And if you didn’t get to discover all the amazing variations, in this post, we’re showing you only some of them that you should not miss next time you get a chance of enjoying them.

Read on and find out more about these mouth-watering meals well-known not only in Vietnam but also internationally. We’re presenting our first picks!

This soup is the one to open this list because of more than one reason. First of all, it’s the country’s trademark and a traditional national dish with different stories about its origins. While some think that they were brought to Vietnam by Chinese merchants in the first half of the 20th century, others find it a Vietnamese variation of a French meal.

Secondly, its ingredients make it a dish to remember! The beef broth is made from oxtail or beef leg, that are combined with star anise, ginger, onion, and a diversity of spices and herbs. It is usually served with meat, such as thin slices of beef or meatballs that are dipped in a side dish.

This soup is considered the crown dish of the city of Hue and it has a pretty bold taste! If you’re into spicy and sour meals, you’ll enjoy its flavor.

Beef shank, shrimp paste, sugar, lemongrass and the spicy oil give the round thick noodles a special aroma. The soup is commonly enriched with the hunks of oxtail, pig’s knuckles, or beef shank, and it is also severed with numerous vegetables such as cilantro, mint, scallions, lime wedges, etc.

Considered as a soup with Chinese origin among the historians, Bún Thang is one of the most famous dishes of northern Vietnam. It combines chicken, pork, and shrimps that are usually topped with Vietnamese ham, green onions, and eggs.

However, what’s most interesting about this soup is the fact that its most traditional versions also include a couple of drops the pheromones of the Southeast Asian water bug that have a pretty sharp taste. Exotic, huh?

This savory soup doesn’t only look amazing in a plate but it also has an extraordinary flavor. Even though its origins cannot be precisely determined, Vietnamese people think that it’s another meal created under Chinese influence. Apart from being available in numerous restaurants across the country, especially in Saigon, it is also a dish served in homes during the festivities, such as Lunar New Year.

It’s a chicken noodle soup that also includes typical local seasonings, such as ginger, black peppercorn, and fish sauce, and even though it doesn’t have as much ingredients as some other types of soup, it still has an incredible taste that you should not miss if you visit Vietnam.

Which one of these soups would you like to taste the most? Stay with us and get to know more about Vietnamese cuisine – in the next posts will be showing you more amazing Vietnamese dishes that you’re going to love!