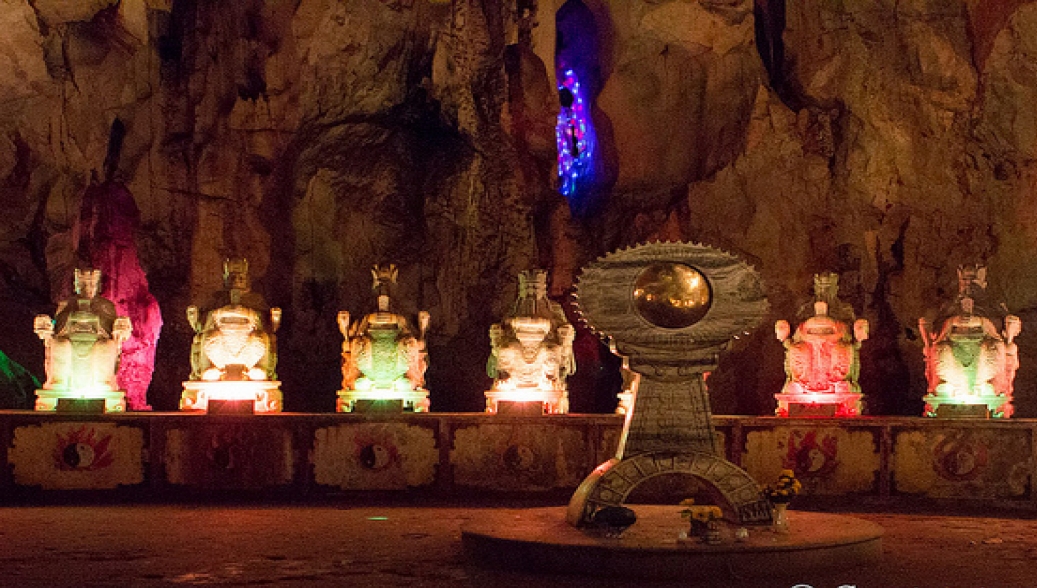 The Most Peculiar Attractions in Vietnam

A thorough exploration of Vietnam represents more than admiring its nature and learning about its culture. It’s also about discovering its peculiar corners that will awaken your curiosity and take your journey to a whole new level.

So, if you want to make sure that you’ll experience everything that Vietnam offers, your must-see list should include at least some of the attractions that we are listing in this post. Read on and find out what attractions in Vietnam you should not miss.

A Not So Normal House

If you happen to stay in Da Lat, you definitely won’t lack unusual attractions. And Da Lat Crazy House is probably one of the silliest places you’ll ever enter.

Having incredibly intriguing interior and exterior, this house is the artwork of avant-garde architect Hang Nga, who even lives in it. If passing through this interesting house is not enough for you, you can always book a room and spend a night in it. But make sure to bring some warm clothes! It can be pretty cold in there once the sun goes down.

No matter whether you’re religious or not, Am Phu Cave won’t leave you indifferent. Situated in the Marble Mountains, this cave represents an artistic re-creation of Buddhist hell.

The combination of natural elements including numerous stalactites, mind-blowing rock formations, and dark narrow tunnels, and artistic expressions in the forms of demons, sinners, and frightening altars undoubtedly will give you the chills.

Read Also – The most incredible sceneries in vietnam

If you think that you’ve seen everything and nothing can surprise you, you should check out the Fire-Breathing Dragon Bridge located in Da Nang.

This incredibly large bridge in striking colors will leave you speechless not only because of its peculiar construction but also because of the fire spreading from it. And this can be pretty fascinating to observe having in mind that there are six regular traffic lines right below that fire.

A Sandy Alternative To Snow

There’s no tourist who has ever visited Phan Thiet and Mui Ne without visiting the breath-taking white sand dunes and sand-sliding down them.

What makes this area so unique is not only the finest, perfectly white sand, and the fact that it’s one of the rare deserts in this part of Asia, but also the fact that it hides an enchanting small lagoon with lovely lotus flowers, as well as a refreshing pine forest, in the middle of those sandy hills.

Uncovered only in the last decade of the 20th century, Hang Son Doong is a cave situated at the border of Vietnam and Laos. Having a five-kilometer long chamber that’s more than 200 m tall, this cave is considered the largest not only in Vietnam but in the world.

Owed to the cracks in the roof that helped the light sneak in, the cave developed its own vegetation that makes it even more interesting. Today, it’s a major tourist attraction that offers you a chance to explore it not only walking through it but also to camping in it.

Which of these locations would make it to the top of your must-visit list of attractions in Vietnam? Stay with us and get to know more about interesting locations in Vietnam in the posts to come.