Vietnamese cuisine is one of the world’s healthiest cuisines. The Vietnamese people use a lot of herbs in their dishes with very appetizing taste without having to worry about their diet and bad effects on the body.One can also enjoy these delicious dishes at bamboo village beach resort & spa which is voted as the best beach resort in vietnam by the visitors.

Among the very popular Vietnamese dishes are the Pho, Goi Cuon, Banh Mi, Banh Xeo, Banh Tet, Goi, Banh Can, Ca Kho To, Che and Bo Kho. For the drinks, beers such as Saigon Export and Saigon Lager are the popular ones.  And of the course the famous Ca Phe, the Vietnamese coffee prepared with dark coffee, sweet condensed milk mixed with raw egg.

Vietnam history is quite popular as whole world know what happened to Vietnam in the past: a country that was invaded and controlled by foreign regimes; a helpless victim of a very unpopular war.

The atrocities committed in Vietnam during the Vietnam War have left a collection of war remnants that serve as reminder of the pains and struggles the war had brought. Museums are worth visiting to see these memorabilia. The War Remnants Museum, located in the city of Da Lat is one of these museums.

A good number of tourist attractions can be visited in Vietnam. Among them is the Snake Village, located in the small village of Viet Hung,  the Fairy Stream found in the small town of Mui Ne. 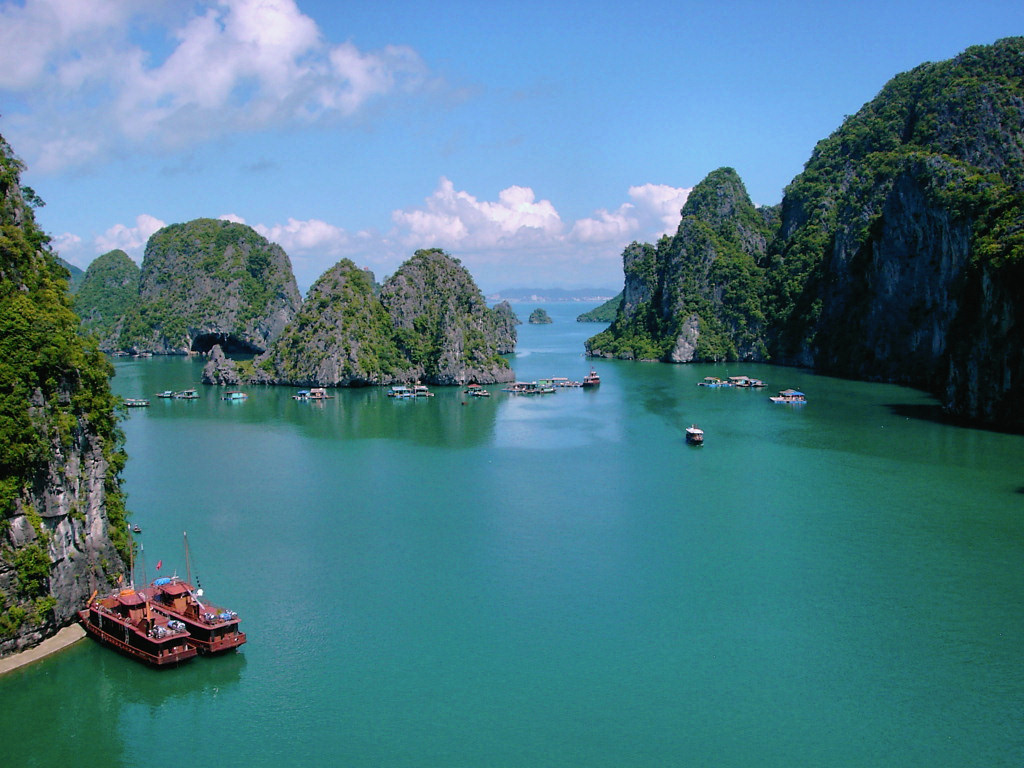 You should also visit the Ho Chi Minh Mausoleum in Dien Bien, Bao Trang – the White Sand Dunes of Vietnam, the Sahara of Southeast Asia located in the coastal city of Mui Ne also one can find the best mui ne resorts and out of many bamboo village resort & spa is widely popular among the people and apart from these the Cu Chi Tunnels in Nhuan Duc used during World War II.

The most popular festival in Vietnam is the Tet Festival, which is the Vietnamese version of the Chinese Lunar New Year Celebration. It is celebrated on the first day of the first month of the Lunar Year.

The Banh Chung or Chung cake over is the festival food symbol, a version of the Chinese nian gao.  In Hai Phong, there is the buffalo fighting festival and the buffalo that is killed in the event will be offered to the village god.

Travelling to Vietnam requires a visa but this should not discourage travellers and tourists as the process of getting a Vietnam visa is easy and breezy. The visa can also be obtained upon arrival in Vietnam.

Vietnam is a safe vacation getaway as tourism is being promoted and supported by its communist government.

Vietnamese people are known for being courteous, friendly, hospitable, respectful and quite conservative.

Vietnam has a dry season running from October to March and wet season between April to September of the year. It can get very cold in December and January just like any other tropical country. This kind of weather is ideal for tours as the beauty of nature is not covered with snow and one does not have to wear multiple clothes while touring around.

Just like Thailand, Cambodia and the Philippines, Vietnam have world-class beaches that tourists can stay and relax.Apart from beautiful beaches vietnam also has some amazing resort.Out of many resorts Bamboo village resort & spa is considered as the best beach resort in vietnam according to the tourists.

Tour packages to Vietnam is considered highly affordable even for the budget-conscious traveller. There are many affordable accommodations to choose from, the food is as delicious as it is easy on the budget and transportation can be through their major mode of transportation – motorbikes.

Read Also: Top 10 Things to Do in Mui Ne