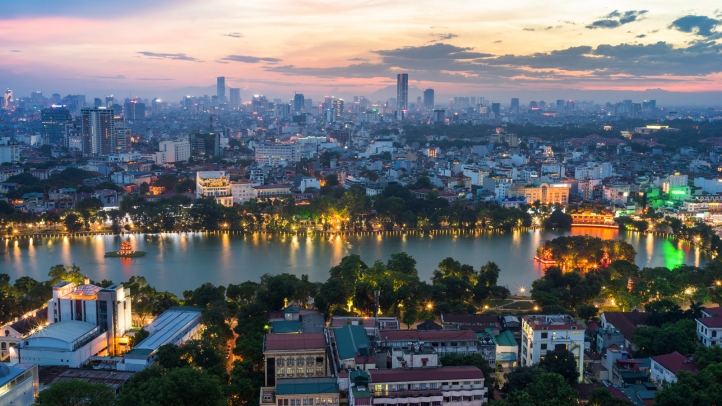 Vietnam Fun Fact Corner: Did You Know This? (Part 1)

We all know that Vietnam is a country of charming mountains, picturesque coastline, and beautiful sea. But that’s not all that makes this Asian country special. While some may consider it a controversial part of the world, it is an absolutely great place for travel adventures. Vietnam lets you learn a lot about cultures that don’t really resemble the western lifestyle.

So, in this post, we’re sharing some interesting facts about this country that will certainly make you want to explore it more profoundly.

#1 When it comes to the coastline, Vietnam beats both California and Florida.

With more than 3,200 km in length, the coastline of Vietnam is far ahead of the coastline of Florida, which is more than a thousand kilometers shorter. And that’s not all. Vietnam can also compete with some other states of America, including California, whose length is about 1,240 km, which makes this state more than 400 km shorter than Vietnam (1,650 km).

#2 The capital of Vietnam is not the country’s largest city.

While it’s kind of expected for a capital city to be the largest one in the country, as well, that’s not the case in Vietnam. While the population of Hanoi, which is the country’s capital, is approximately 6.5 million people, there is an even more populated city! That’s Ho Chi Minh City, with more than 7.5 million inhabitants.

Read Also – Things you must know when travelling to vietnam

The Vietnamese population counts about 92 million people, while the number of registered motorbikes exceeds 45 million vehicles! In addition, there are more than four million motorbikes in Ho Chi Minh only. Surprising or not, motorbike rides play a major role in the daily routine of local people and they are an essential part of the Vietnamese lifestyle. Moreover, there are also numerous motorbike tours for tourists, all across the country. And that’s why Vietnam is frequently considered the kingdom of motorbikes.

The love of Vietnamese people for turtles is primarily owed to the turtles’ longevity. That’s the source of the belief that the turtles’ shells bring longer lives to those who find them and keep them safe. A turtle is considered a sacred animal, together with dragons, unicorns, and Phoenix, which practically makes it the only existing sacred animal in Vietnam.

#5 Vietnam is famous for incredible accommodation.

No matter what you expect from your stay in Vietnam, the truth is – you won’t lack adequate accommodation. On the one hand, you want a silly room in an unusual hotel, you may want to check out the Crazy House in Da Lat.

On the other hand, if you’re into rice fields, Topas Ecolodge in Sa Pa will let you get the majestic view of rice terraces. And if that’s still not what you want, well, maybe you should stay in a tree house! In this case, head to Lush Garden in Ha Noi. Finally, if you want to reconnect with nature while enjoying beautiful beaches, lush green areas, and incredible spa treatments, Bamboo Village Hotel & Resort in Mui Ne could be an ideal choice.

Which of the listed facts impressed you the most? Tell us what you think!

If you liked this post, stay with us in the weeks to come! In the next couple of weeks, we’ll be sharing more amazing facts that will let you get to know Vietnam from a whole another perspective. 🙂